Maybe this area is home for you. Perhaps it’s your childhood home. Or maybe tonight you’ll leave after the service and travel to a place you call home. Maybe some of you are home from school, so you’re here for a little while until it’s time to return. Whatever that looks like for you, perhaps you know the feeling of returning home after being away for some time, and so much seems to be the same — unchanged from the last time you visited — but at the same time, you can’t help but feel like things are also… different.

The pictures are in the same place on the wall. The house smells just as you left it. You still have to jiggle the toilet handle just right. That one faucet still drips. Everyone still sits in the same place around the kitchen table.

And that’s when it hits you: It’s you.

The thing that’s different is you.

You’ve changed. You’re not the same person you were. You’ve lived and loved and worked and played. You’ve been through some stuff. Maybe you’ve mastered TikTok dances or learned life hacks from Buzzfeed. Maybe you were exposed to new ideas. You’ve read new books or changed jobs or or retired or traveled.

And that’s why each year on this night, we come home to this Christmas story — this same story from Luke’s gospel. Because though the words are the same, it hits different every year because we’re different. And we tell this same story, again and again, each year not out of habit or obligation, but because each time we return to it, we’ve changed. And that gives us new eyes, new ears, new hearts to receive something new — for God to show up in new ways.

Ao as I hear this story again and anew this year, a different person than I was two years ago, different than last year, too, it was the end of the story that really struck me — with Mary treasuring all of these things and pondering them in her heart.

I’m going to bore you with a little Greek here, but I promise there’s a payoff. The Greek word there for “ponder” is, in Greek, sumballo, and the word sumballo literally means “to throw together.” In other words, this sort of pondering for Mary doesn’t imply a kicking back with a glass of wine, candles everywhere, enjoying her silent night. Instead, it speaks more to the idea of Mary working to sort through everything that had been “thrown together” at her.

It doesn’t necessarily imply a Mary who’s pensive and pleasant, but instead, it’s a Mary who’s working to make sense of all that’s been thrown at her in the last year. It’s a Mary who’s thinking about an angel appearing out of nowhere and an engagement upended, about a birth far from home among the animals, about a group of shepherds finding them, showing up (which is exactly what you want when you’ve just had a baby… a lot of visitors). Everyone gets to go home eventually, except Mary who’s left with a newborn, and she can’t even quite explain where it came from.

Sumballo. Thrown together. This sort of pondering is Mary asking, “What. Just. Happened.”

If you’ve been in that stupor with a newborn, that fog, that period of time when everything runs together — or you know someone who has — you know how Mary’s feeling. That bone-tired weariness.

This poor teenage mom from Nazareth has been through it, but she’s not alone. Think of the others in this story.

Think of what was thrown at Joseph, Mary’s fiancé, who didn’t ask for this. This was not the future he would’ve chosen for himself. Joseph didn’t choose this life, and yet, he still shows up. He could’ve walked away. He could’ve said, “This is all just too much.” But instead, he shows up — makes the trip with Mary to Bethlehem — all for a child that doesn’t belong to him. He’s weary, too, asking what just happened?

And the shepherds. The shepherds worked so hard day in and day out. They slept with their animals and traveled with them. They were homeless, migrant workers at the bottom of power and privilege. They were among the outcast, the marginalized in those days. Can you imagine how weary they must’ve been?

The animals, too — gathered at the manger — forced to share their space with these human beings, a baby crying through the night. There’s so much thrown together. So much weariness.

But it wasn’t just the main characters in this Christmas story. The whole world was weary — living under Roman occupation. At the very beginning of this story, we learn that there’s a census to be taken — for taxation purposes, of course, to line the coffers and build more empire. The rich get richer. The poor get poorer. Emperor Augustus decrees that the whole world was to be registered, and there’s a present but unspoken “or else” underneath.

And in this decree, we catch a glimpse of what life is like under Roman rule. Because it didn’t matter if you were sick, injured, old, or pregnant, when the Emperor decrees it, you don’t have a choice. There’s no agency. And when this is your life, it’s deflating. It’s exhausting.

And yet, this is exactly the world into which God enters. Into which love comes local. A world that is tired. That’s worn down. That’s had a lot thrown together at them. A world that’s just barely hanging on.

And when God enters into the story of Mary and Joseph and the shepherds and the whole world, I can’t help but think of the words penned by minister John Sullivan Dwight in 1855 who wrote the English version of O Holy Night. When God enters in, when love comes local and Christ is born… “the weary world rejoices.”

Since The Local Church last gathered here on Christmas Eve two years ago in 2019, so much about this place and this service is the same. We’re singing many of the same songs tonight. Telling the same stories. But goodness, we’re not the same, are we?

So much has been thrown together at us. We’re asking what. just. happened. For all kinds of reasons, we find ourselves weary.

Whether it’s a pandemic that’s taken a toll on your mental health and that of those you care about. Maybe it’s even taken loved ones far too soon.

Maybe it’s the constant stress of vigilance against Covid, wanting to keep yourself and those you love safe, unsure who you can trust or where you can go.

Maybe it’s a crack in your family over politics or a belief system — a crack that’s grown so much over time that you’ve become estranged, and the holidays make it all so much harder.

Perhaps it’s a job that you feel stuck in, and you know there’s more out there, but you’re not sure what it is.

Maybe your world has been rocked, turned on end, and like Mary, you’re not sure what just happened.

Maybe you’ve lost count of all of the losses and disappointments that have piled up, and everything just feels so heavy.

I don’t know what it is for you, but I know that we’re different than we were two years ago.

And yet, as we ponder these things in our hearts tonight, it is precisely this world — this weary world — that God chooses to enter into.

On this night, we celebrate love being born anew in us in the Christ child.

In this child, Jesus — God with us, love made local — there’s reason to celebrate. There’s reason for every longing heart to shout for joy.

Because this child binds up the wounds of every broken heart.

Throws his arms open to embrace every person who’s ever felt different, unknown, or unwelcome.

He offers forgiveness and second chances to every person in need of grace.

To anyone who’s just barely making it, his presence promises that it won’t always be like this.

To anyone seeking a life of purpose, he says, “Come and follow me.”

He’ll give blessing to the hungry, the poor and the poor in spirit, and comfort those who grieve.

In Jesus, every soul can, at long last, feel its worth.

I don’t know about you, but it’s sometimes been hard for me to feel joyful over these last twenty-two months. Because there’s been so much. There’s just been so much. So much that’s been thrown together. And it feels like we’ve been waiting a long time for hope. For peace. For joy. For love. I feel it, too.

But my friends, on this O Holy Night, as different as you are than you were last year or the year before, receive this good news of great joy:

The wait is over. Love has come, and all shall be well. So permission granted to feel that joy. To let it sink in and release it in whatever way you need to tonight.

Christ is born. God is with us. And the weary world… rejoices. 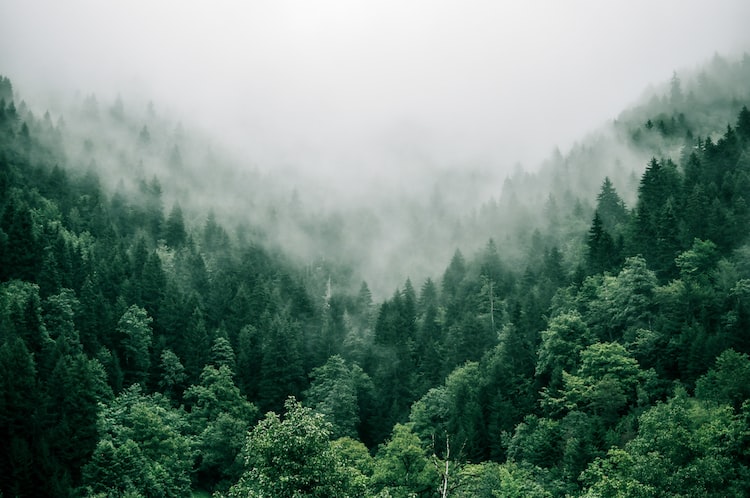 Camp Local 3: Where Are You From? 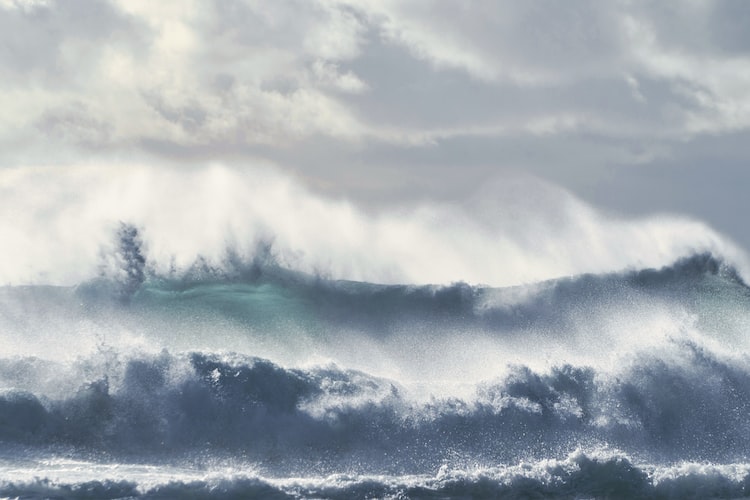 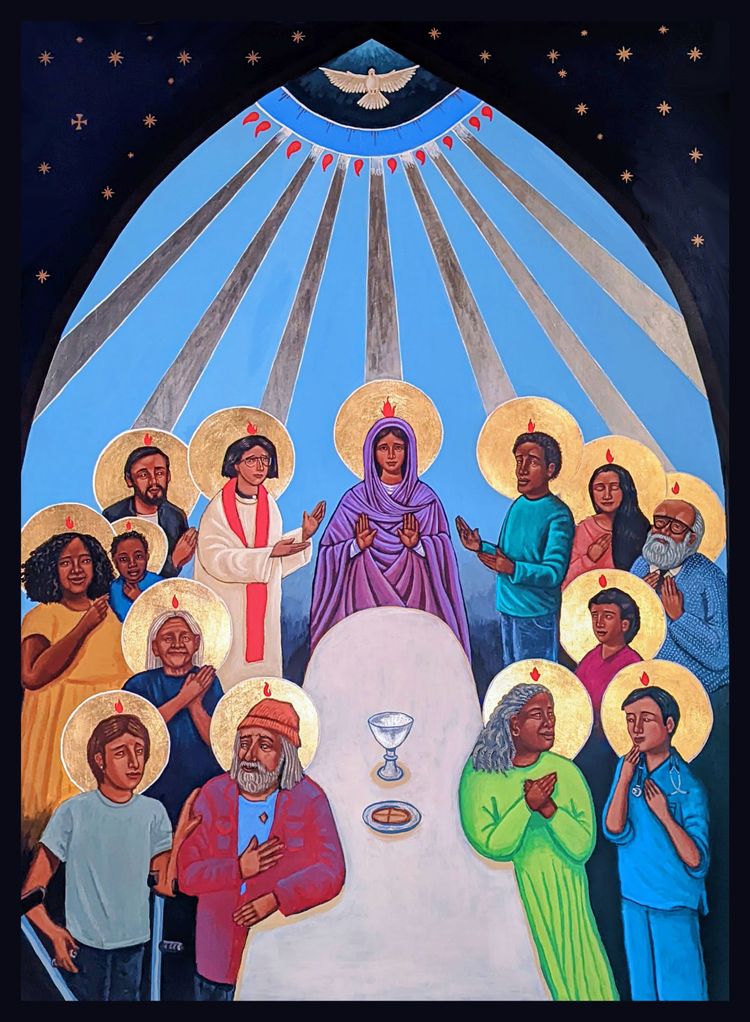 I love that Peter doesn’t wait to move in the direction of love until he’s figured it all out. Instead, he simply says yes to God and opens himself to the Holy Spirit... He didn’t hesitate. He just said yes.
May 15, 2022
10 min read